Wallace supporters like you help every family who walks through our doors live healthier, happier lives. Your support gives hope to those worried they have no one to turn to for care. Below is the story of one family, Amado and Melba Trinidad, for whom Wallace made a huge difference. As you read their story, remember the affordable care and classes we offer at Wallace wouldn’t be possible without you.

Melba and Amado both work long, physically taxing shifts as a housekeeper and janitor respectively. Last year, after Amado had worked through a day of stomachaches, dizziness and exhaustion, he collapsed on the way to his bus stop home.

When Amado came to, police officers told him he had fainted on the street. EMTs asked if he had insurance and where they should take him. But he was new to Oregon’s health system and didn’t know how to answer.

Melba Trinidad knows about waiting. She waited 23 years before being allowed to follow her sister from the Philippines to America. And it was another two years before Amado could join her. But waiting two weeks while Amado recovered in the hospital were some of her hardest days.

“I was so scared I was shaking. I wondered every day if I would see him again,” Melba says. 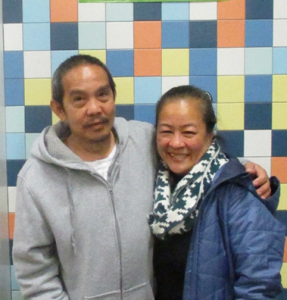 Once Amado was released, Melba brought him to WMC provider Julia Frey, who was already helping Melba cope with diabetes. Although they only had emergency insurance coverage, WMC’s sliding scale discount meant they could both afford regular check-ups with Julia.

Julia Frey told Melba and Amado that they held the keys to their health. Changing their diets and habits would be a challenge, but would let them lead the lives they wanted, together. They enrolled in WMC diabetes and nutrition classes and learned how to cook heart-healthy, diabetes-friendly meals with plenty of fruits, veggies and nuts.

“I don’t like it,” Amado says, laughing. “But the classes give us everything we need to keep trying new foods and new recipes.” He also makes sure to go walking, and just started attending WMC Tai Chi classes.

Today, this determined couple is reaping the benefits of these changes. Staying healthy has brought financial security and more time with their family. Amado is at a much lower risk for another heart attack, and, thanks to their new diet and regular exercise, Melba has stopped needing daily medication for her diabetes.

Melba and Amado want to spread the word about Wallace. “All the housekeepers I work with don’t have doctors,” says Melba. “They think doctors are too expensive. I tell them all to go to Wallace. At Wallace, they’re affordable, they speak Spanish, they really listen, and they do everything they can to help. 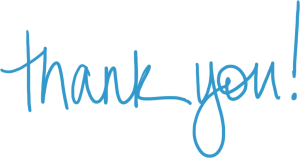 Melba and Amado also have a message for WMC supporters: Thank you.

The Trinidads aren’t alone: stories of hope and perseverance happen in our clinic every day. And so every day there are reasons to thank our supporters. This holiday season, if you haven’t yet, please consider joining our supporters by making a gift to Wallace. Your gift will be put to work immediately caring for those who need us most.